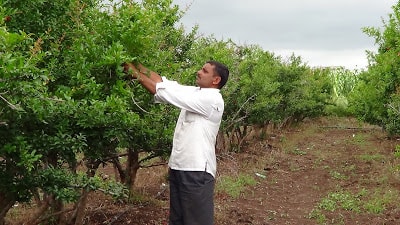 Sambhaji is a farmer who is from the Pimpalgaon Landga village in Ahmednagar. His village falls in drought prone zone and since childhood he saw villagers migrate to cities in search of jobs during the lean season. Bosco Gramin Vikas Kendra (BGVK), Ahmednagar. BGVK adopted this village under its rural development activities.

A micro level plan was prepared with the participation of village. Integrated watershed project in the village which created awareness on water conservation and water management was implemented.

These efforts led to an increase in the water table level and increase in the ailability of surface water in the village. Due to the effort of BGVK, Sambhaji’s and other farmers financial situation has increased. When asked, Sambhaji said “My village falls in drought prone zone. I could take only one crop in a year and for rest of the year I would work as labourer. Now my life has changed after the intervention of BGVK in my village. I now take four to five crops in a year.”