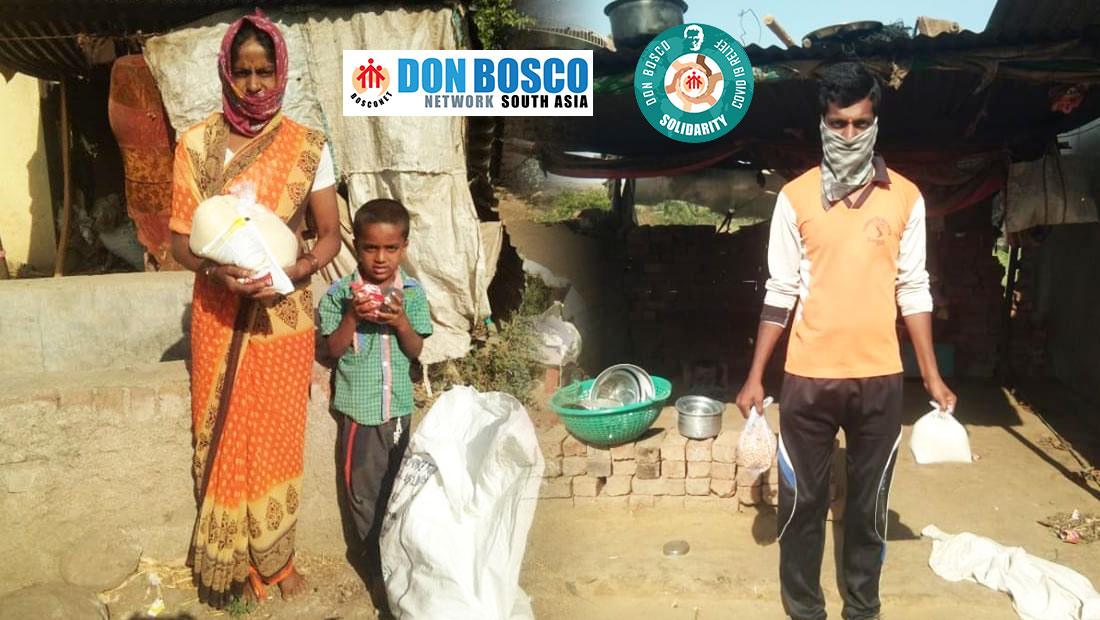 Reaching the unreached villages in Ahmednagar and Beed, Maharashtra.

Another 140 poor and needy villagers in Devgaon and Matni villages of Ahmednagar and Beed districts respectively were helped through the distribution of 28 relief kits.

The Don Bosco Solidarity COVID -19 relief work was carried out with the assistance of the local sarpanch in these villages.

The Don Bosco Network provided the financial support for this relief work through which poor and needy villagers were helped. These relief kits contained ration for a month, basic toiletries and hygiene kits