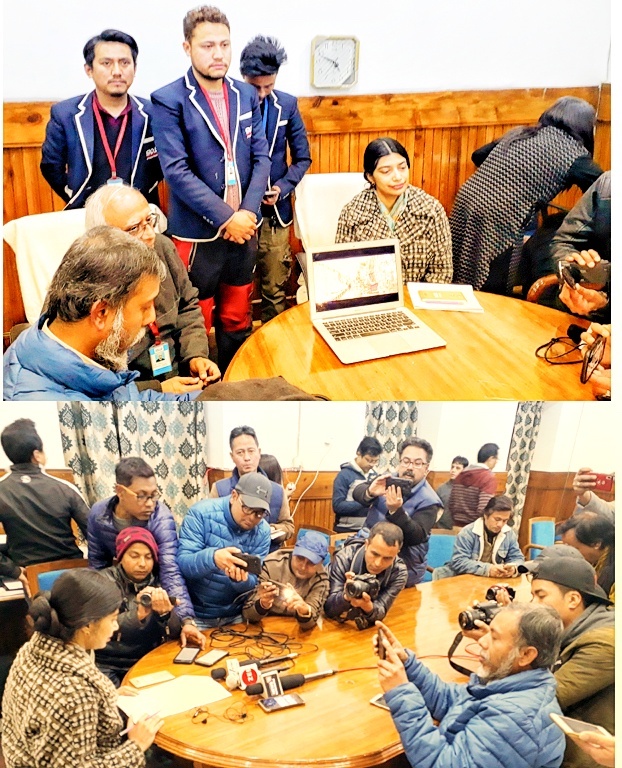 The 2019 Indian general election is scheduled to be held in 7 phases from 11 April 2019 to 19 May 2019 to constitute the 17th Lok Sabha. Voting in Darjeeling district is scheduled for Holy Thursday, 18 April 2019. The counting of votes will be conducted on 23 May 2019 and on the same day the results will be declared.

Geographically, Darjeeling district can be divided into two broad divisions using 8 langauges besides scores of dialects in the hills and the plains. The entire hilly region of the district comes under the Gorkhaland Territorial Administration, a semi-autonomous administrative body under the state government of West Bengal covering three hill subdivisions of Darjeeling, Kurseong and Mirik. The foothills of Darjeeling Himalayas, which comes under the Siliguri subdivision, is known as the Terai.

The public service announcement video made to educate the public on the importance of exercising their democratic rights was prepared by a community radio team. The five and half minute music video entitled ”Ensure Your Vote” in

Nepali language folk music style is produced by the campus radio of Salesian College Sonada, Darjeeling. It is given free for broadcast to local television channels.

Radio Salesian established in 2016, is the only community radio broadcasting in Nepali language in India. ”The music video is an excellent production by Radio Salesian and Salesian College,” said the district magistrate Ms Dasgupta introducing the short video to a packed audience of media persons from both print and electronic media.

While Radio Salesian programme director RJ Samir wrote the lyrics, youngest RJ Dikshit composed the music and gave the vocals assisted by RJ Sagar. The song was recorded by RJ Bryan and camera and video editing was done by Bruno Thapa at Salesian Television studio.

”Radio Salesian plans to do a voter education campaign among first time voters starting from Salesian College,” said RJ Samir briefing Ms Dasgupta who was delighted to hear the proactive initiative from a college team. Another version of the same video with English language subtitles is due for release on Monday, 25 March 2019.