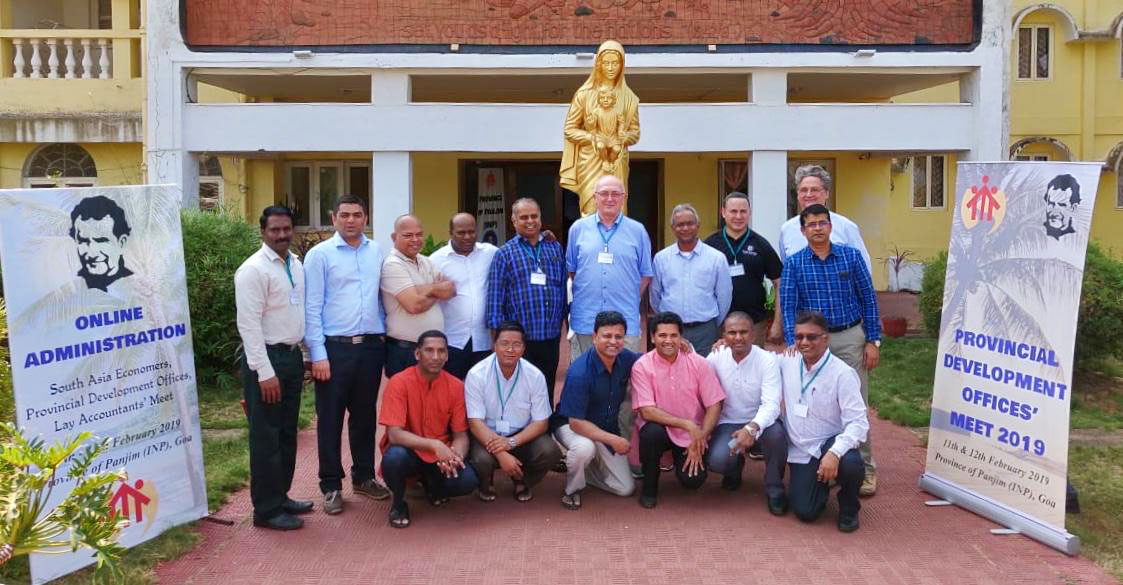 Mumbai, Feb. 15. The Meeting of the Don Bosco Development Offices of South Asia (PDO Meet), BOSCONET was held at the Pilar Mission Seminary, Pilar, Goa on the 11th February 2019. Sixteen members participated in the meeting which was represented by 12 PDOs from the South Asian network and the Economer’s network (SAFE).

Brother Jean Paul Muller, the Economer General of the Salesians of Don Bosco, graced the meeting with his presence and valuable inputs towards the functioning of the South Asian PDO network. The meeting was a follow up of the Annual PDO meet 2018, with the primary agenda of finalizing the deliberations of the latter to be presented to the Salesian Provincial Conference of South Asia (SPCSA).

The meeting was inaugurated by Father Felix Fernandes, Provincial- Salesian Province of Panjim and he welcomed the august gathering. It was followed by the inaugural address by Brother Jean Paul Muller, focused the need for capacity building of the PDO network and the importance of working together in the diversity of the Indian subcontinent.

Father Noel Maddhichetty, Director-Bosconet, facilitated the discussion on finalizing the names of Flagship Programs for Young at Risk, Sustainable Skilling for youth and livelihoods for rural women. The Flagships programmes were presented by Ms. Aneesha Avrachan, Project Manager-Bosconet, which was followed by Focus Group Discussions among the participants. The PDOs were requested to revisit the Organic Plan and to present and implement the findings of strategic plan as presented by Tata Institute of Social Science, in their respective provinces. The Statutes of Bosconet were presented by Father Noel Maddhichetty, Director-Bosconet, in a view to finalize and present it to the Salesian Provincial’s Conference of South Asia at the end of the month.

Valuable inputs by Mr. Samrat Ganguly, Head of Fundraising- Bosconet emphasized on the need to work together, especially in view of accessing local Corporate Social Responsibility (CSR) money. The final session of the day was facilitated by Father Vincent Thamburaj, Asst. Director-Bosconet on CSR-BMZ projects, Local Contribution document and the capacity building of the PDOs. The network agreed to the policies and openly welcomed the 6 projects presented. The first capacity building program was decided to be taken on the 12th-13th April 2019 in Bangalore and on 28th-29th July 2019 in Guwahati. The agenda for the same was to train the PDO staff in disaster preparedness and Father Joy Nedumparambil, PDO-Bangalore and Father Jay Prakash, PDO- Guwahati agreed to lead the first trainings.

The discussion of the day ended with the input session by the Economer General, Brother Jean Paul Muller, who reiterated the importance of hiring qualified staff and to regularly build the capacities of them in order to execute the projects efficiently, organize their work promptly and to deliver fruitful results. He concluded the message with each of the PDO to think about an able successor to help each other to grow together as a network andwork together to utilize the untapped potential of Don Bosco South Asian network for creating a nationwide sustainable impact. The meeting concluded with an agreement that the next National PDO meet would be held in Shillong, on the 26th and 27th July 2019. The entire meeting was organized by Father Xavier Packia the Coordinator of the Economers’ Network (SAFE), in collaboration with Father Jose Sequeira, the Economer of Panjim Province, Father Lawrence Monteiro, Director of PDO.